The Impact of Covid-19 on the International Markets 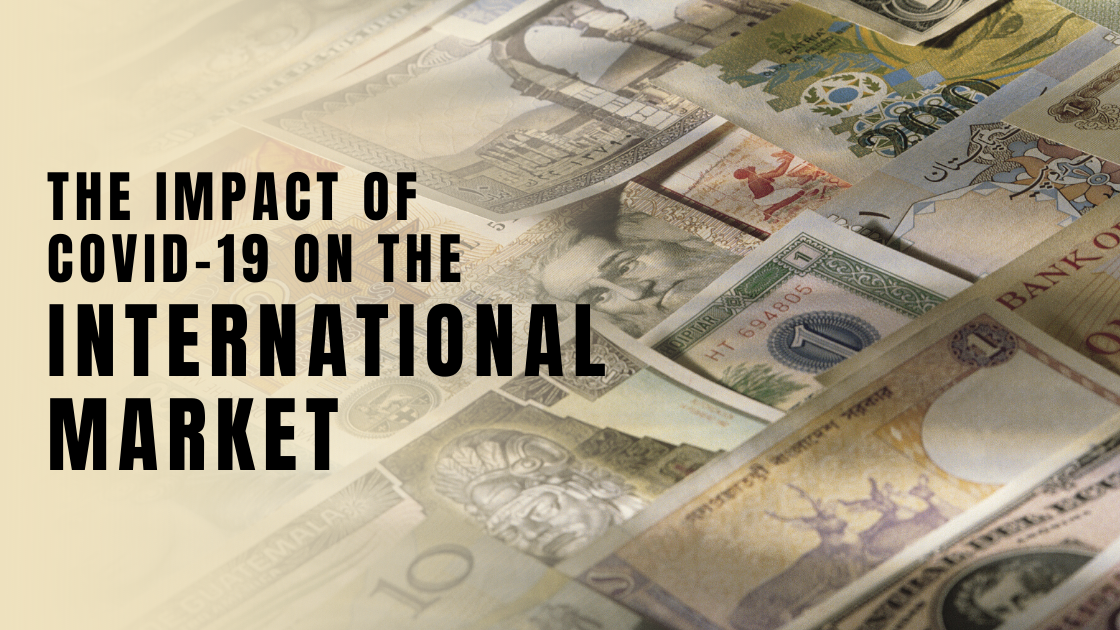 The Impact of COVID-19 on International Markets

Investors know that the COVID-19-bear market that dethroned the 11-year bull market in the United States took over Wall Street with lightning-fast speed. In fact, it took the S&P 500 only 22 trading days to fall 30% from its record high, making it the fastest drop of that magnitude in history.

On February 12, 2020, the three major U.S. stock market indices – the Dow Jones Industrial Average, the S&P 500 Index and NASDAQ – all finished at record highs, with NASDAQ and the S&P 500 going on to reach additional record highs a week later.

Then from February 24th to the 28th, those three U.S. indices recorded their biggest weekly loss since the 2008 Financial Crisis and officially entered correction territory, then bear-market territory.

Fast forward to early June 2020, however, and those three U.S. markets have reached a few very- psychological thresholds not seen since early March, as the DJIA surpassed 27,000, the S&P 500 leapt by the 3,000-point level and NASDAQ is within a whisper of 10,000.

But how many investors really know how COVID-19 impacted markets outside the United States? Were some international markets better insulated from COVID-19 and others more severely impacted? We might be tempted to think that the markets in China and Italy were the worst hit, but is that in fact the case?

Let’s explore the performance of markets outside the U.S. so far in 2020. But first, some table-setting.

Developed markets are those countries whose economies are among the most advanced. The stock markets of these countries are highly developed, have solid regulatory bodies (like the Securities and Exchange Commission in the U.S.), large market capitalizations and are highly liquid. These countries generally have high per-capita levels of income.

Of the markets classified as developed, besides the U.S. and Canada, all are in Europe, the Middle East (Israel) and Asia. Examples include the United Kingdom, Hong Kong and Australia.

The BRICs (Brazil, Russia, India and China) are examples of emerging market countries as are the PIGS (Portugal, Italy, Ireland, Greece and Spain).

Recent Yearly Market Performance Investors longingly remember that stock markets in the U.S. turned in a fantastic 2019, driven specifically by large-cap U.S. equities. In fact, 2019 brought plenty of market records, including 34 new record highs and the best year in more than half a decade.

But major markets around the world put up some impressive numbers in 2019 too, with the MSCI EAFE Index – a proxy for developed, large-cap international markets – returning more than 20% for the year.

In fact, consider the performance of the past few years for the S&P 500 and MSCI EAFE: 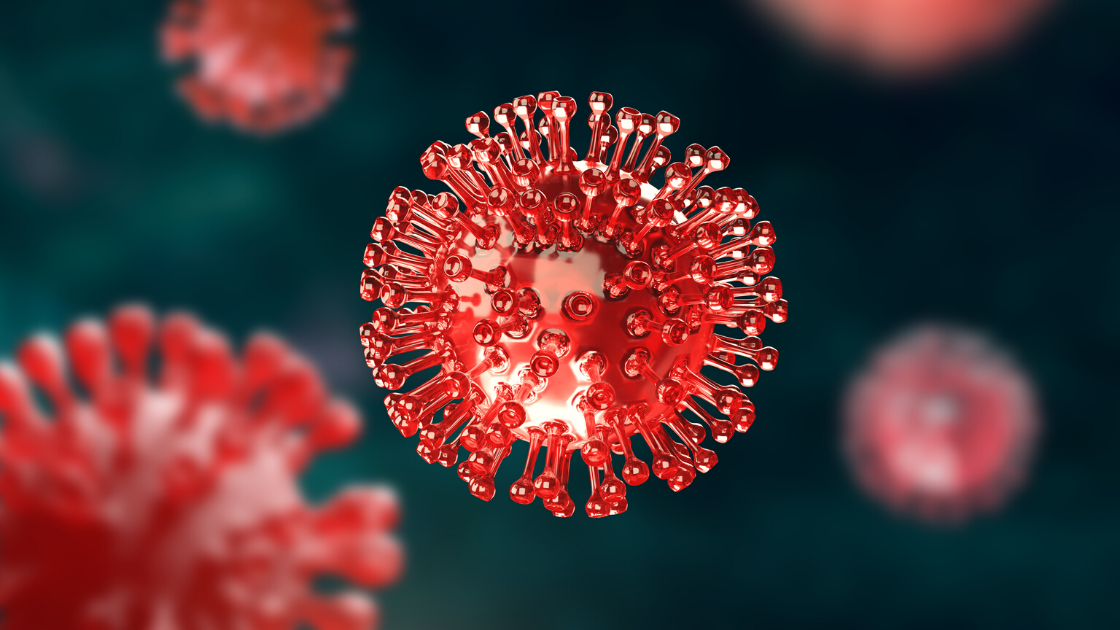 The Impact of COVID-19

If you were asked which international markets suffered the most – as measured by market performance – what might you say? China? Italy? Spain?

Well, here are a few of the worst performers through May 29th as measured by the MSCI country index:

But did you know that Denmark, Finland, Portugal, Switzerland, New Zealand and Israel all outperformed the S&P 500 and the DJIA on a year-to-date basis through the end of May?

Finally, did you know that China was down just 5.36% through May 29th? Likely not.

It is common for many investors to want their money “close to home.” But by ignoring opportunities in other countries, you may be shortchanging yourself.

Many compelling reasons exist for keeping the big, global investing picture in mind:

More importantly, foreign stocks often perform very differently than U.S. stocks in any given year. While long-term returns are similar, shorter-term disparities might help you smooth out the occasional extremes (and jitters) from investing in one market.

In simple terms: U.S. and foreign stocks tend to perform differently. What’s up today and down tomorrow historically reverse positions over time.

But Let’s Be Honest

The historically long-bull market for U.S. markets – and the recent outperformance of U.S. equities – probably tempted you to discard time-tested tactics of diversification, at least when it comes to investing overseas.

If your allocation to international market investments is inconsistent with your risk profile, you should consider taking another look at opportunities outside the U.S. But before you do, consider a few more things.

International Mutual Funds versus Stocks For most individual investors, investing in managed accounts like mutual funds and ETFs makes sense in general. Mostly because it can be very difficult to analyze and monitor a portfolio of individual stocks.

And depending upon how much you have to invest, it is harder to build a well-diversified portfolio using just individual stocks.

When it comes to the international market portion of your portfolio, this might make even more sense. For one, it can be difficult for smaller investors to research non-U.S. stocks. While some major investment custodians have broadened the ability to trade in foreign markets, there are still restrictions and it is not as easy or efficient as trading domestic stocks.

If you venture beyond American Depository Receipts, which are shares of foreign stocks that trade on U.S. exchanges, you are likely to encounter substantial transaction costs too.

For most individual investors, using a managed account like a mutual fund or ETF makes sense when investing internationally. Besides the professional management, many large fund companies have offices in various parts of the world supporting their foreign investing efforts.

As a U.S. investor investing in foreign stocks, your return has two components. First are the gains and losses on the individual stocks, bonds or funds that you invest in. The other is the gains or losses in the foreign currency or currencies (in the case of a fund or ETF) relative to the value of the U.S. dollar.

The flip side is that predicting the fluctuations in currencies is difficult. World events and other unpredictable factors have a way of cropping up. Just consider COVID-19 as Exhibit A.

Talk to Your Financial Advisor

A key to incorporating international investing into your financial plan is to seek the advice of a qualified financial professional. The extent to which you invest outside the U.S. depends on your risk profile and your time horizon, but also on the extent of correlations among your investments and your outlook going forward. And as with all of your investing decisions, you don’t simply “set it and forget it.’

Instead, you and your advisor conduct regular portfolio reviews to not only address any insecurities about international market investing, but to make sure your portfolio is best positioned for your goals. 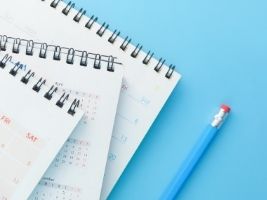 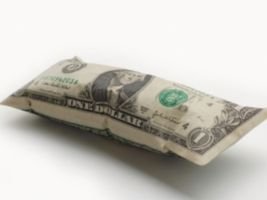 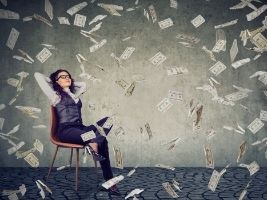