Simplify Your Financial World with a Financial Plan

Plans Change – Your Financial Plan Should Change Too

When Memory Fails: Preparing for Dementia 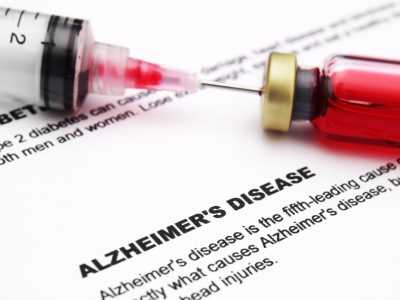 Forgetting where you live

Fifteen years ago, I was working at the Walgreens on the corner of Kessler and Michigan. An older man stumbled in. He was clean and well-groomed. Nothing seemed out of place about him.

Dread filled my stomach, and grew through our conversation. It became obvious that he had a memory issue. He didn’t remember his address or phone number. He did remember that he lived with his son, and I was able to find four people with the same name in the phone book. Three calls later and I had found the right one.

We waited thirty minutes for his son to pick him up, during which time the man became more agitated and angry. As I looked at this man I remembered the stories my mother had told me about my great-grandfather, and the things I’d seen myself with my grandmother. You see, Alzheimer’s disease runs in my family, and it scares the hell out of me. The fear of losing my memories, those things that make me who I am, is something I cannot quite articulate.

If you’re lucky, you may not have seen firsthand the effects of this disease. It may not run in your family. When the disease is at its worst, it is hardest on the family and friends of the affected. The victim seems trapped in their own world, and mercifully oblivious to most of the effects. 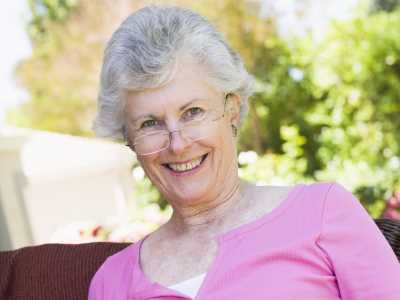 Prior to coming to Halter Ferguson Financial, I worked as a pharmacy technician. I have many stories I could tell about Alzheimer's from my time in that industry. One stands out in particular. The patient, whom I had known for six years when this happened, we will call Mary. Mary had just turned eighty. She was a vibrant woman, fond of bright colors, and had an even brighter smile. It wasn’t unusual for her to be in three times a week, picking up various things. Mostly, I think she came in because she liked to visit. She was divorced, her two children were busy with their own lives and families.

Mary was proud of her health. Aside from Vitamin D and a cholesterol medication, she was extraordinarily healthy. However, for months she’d been forgetful, stopping in to pick up medications she’d already gotten. Misplacing her cell phone. Forgetting her purse at home. One time she came back in after checking out because she couldn’t remember where she’d parked her car. Turned out she was looking for a vehicle she hadn’t had in years. It made me worry. On multiple occasions the pharmacist urged her to speak with her family and doctor. She didn’t.

The last time I saw Mary, she was in tears. Her bank card had come back declined and she had no idea why. It was her son who came in a week later. He had sad news; Mary was moving into a nursing home.

Things were worse than they had appeared. She’d flooded her bedroom when she left the water running for a bath she didn’t remember drawing. The gas tank of her car went empty when she’d left it running in the garage all night. She had even left her front door wide open one day after getting her mail. Worst of all, she had run her checking account into the red.

Mary had paid the same bills multiple times, forgetting she'd already paid them. She owed hundreds of dollars in overdraft fees alone. Her son told me she’d paid her rent twice, writing checks and dropping them in the apartment complex drop box within days of each other. In some ways, this was worse than the more common mistake, forgetting to pay your bills. But it was no less damaging.

Alzheimer’s disease was first described in 1906 by a German physician, Alois Alzheimer. He linked the symptoms of a patient, Auguste D., to microscopic brain changes. The patient had profound memory loss, paranoid suspicions about her family, and other psychological changes. After her death, he found drastic shrinkage and abnormal deposits in and around nerve cells in the brain.

It was four years later that the name “Alzheimer’s Disease” was coined, printed in the eighth edition of Psychiatrie, the work of German psychiatrist Emil Kraepelin. We have learned a lot about the disease in the years since. Even developed diagnostic tools and prescription medications to treat it. But before it was named, or even commonly diagnosed, it was called something else. Sometimes “senile” or “mentally infirm.” When my great-grandfather was alive, they called his dementia.

de·men·tia: a chronic or persistent disorder of the mental processes caused by brain disease or injury and marked by memory disorders, personality changes, and impaired reasoning

Dementia is not actually a disease. It is a wide range of symptoms caused by a disease. It is characterized by severe loss of thinking, memory, and reasoning skills. Dementia is a general decline in overall mental ability severe enough that it affects daily life. Forgetfulness is not dementia. Dementia literally shrinks the brain. One in eight people over 65, and half of those over 85 have some form of dementia. Over half of those cases are due to Alzheimer’s disease.

Learn about the early warning signs and symptoms of Alzheimer’s here.

Protect yourself by preparing for dementia

We can’t stop a diagnosis. There are currently no ways to prevent Alzheimer’s, and other causes of dementia. But there are steps you can take to protect yourself and your loved ones. As your financial planner and asset manager, we may be in a position to notice behavioral changes or other tendencies that appear to vary from previous personal patterns. You can fill out a Diminishing Capacity Letter, which lists who you would like us to contact in that event. If we see something concerning, we will then reach out to these people. 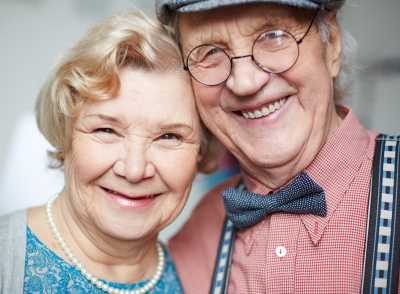 A durable power of attorney (POA) enables you to appoint an “agent” to handle specific health, legal, and/or financial responsibilities. These documents should include conditions and formal diagnoses that trigger their implementation. It’s also advisable to have at least one alternate agent, and important to review the documents yearly.

POAs should be completed long before they are needed. These documents do not take away your independence, they are planning for a “what if.” Many only become “active” if you are incapacitated -- as judged by a set criteria established in the document.

Property and Financial POAs may require yearly updates, for instance many banks require a new form to be submitted yearly. There are options for establishing POAs, such as working with an attorney. Your state may provide some forms online as well.

Paying bills can become a problem should dementia hit. What happens if, after years of paying your long-term care (LTC) premiums on-time, you forget? Your policy lapses, and now with a diagnosis of Alzheimer’s disease, you need that coverage desperately.

What can you do to make sure this never happens? Complete a third party notification form -- an optional provision called “Protection Against Unintentional Lapse.”

Should you forget to pay your LTC insurance premiums, the provision allows the insured to name another individual to receive notice of nonpayment. It’s advisable for this to be someone outside of the home. An adult child, a sibling or a trusted friend are all good options. This provision is common, and free to do. Simply ask your insurance carrier or agent.

Other documents to express your wishes for life, and the end of it

The following documents express your choices for care, or stopping care, if you are no longer able to do so yourself. They aren’t about giving away control, they are about keeping it. Even if you no longer have the capacity to decide in the moment. They also can relieve some of the pressure that may fall onto the shoulders of your family and friends. 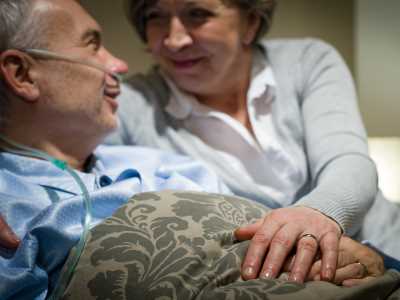 There are various options for getting the following documents in place, such as working with an attorney. Your state may provide some forms online as well.

A Living Will or Advance Healthcare Directive

This is a written statement expressing your desires about medical treatment. It is important to note that a popular version of this, the Five Wishes, is not legally recognized in eight states: Indiana, Alabama, Kansas, New Hampshire, Ohio, Oregon, Texas and Utah.

A specific set of medical orders to be honored by health care workers during a medical crisis. This becomes a doctor’s standing order and can be entered into a person’s permanent medical record.

Do Not Resuscitate (DNR) or Do Not Intubate (DNI)

These express your wishes for CPR and breathing tubes. This is advisable to keep on the fridge or next to your door in the event emergency services ever come.

Last Will and Testament

This is a legal document that communicates your final wishes pertaining to possessions and dependents.

The other side of the coin, caregivers need support too

Family and friends are perhaps the ones who suffer most when Alzheimer’s seriously affects their loved one’s memory. A heavy burden falls onto their shoulders. It can be exhausting and difficult, no matter how much you love the patient.

Many times in my years in the pharmacy, a caregiver would express frustration, anger, sadness, and a general sense of being overwhelmed. One woman once told me that her mother had raised five kids on her own, and helped her raise her own two children, yet now she had to force her mother to shower. “Bathing her is like trying to drop a vampire in sunlight,” she had joked, trying not to cry as she vented to me.

Any time you care for a loved one who is ill, it is emotionally draining. When it’s a patient with dementia, who is entirely reliant on you to maintain their routine or risk upsetting them, it’s an entirely new dimension.

Caring for a patient with severe dementia almost always becomes too much to handle at home, and either in-home care or a nursing home is required. Often those decisions are filled with guilt. Preplanning for these situations, while the patient is still able, can help. But most of all, remember that you are not alone. Make sure to find time to talk to someone. There are support groups to help you cope. Meal services to ease your work load. Even senior relocation services, like Harmony here in Indianapolis, to help you pack and move should the need arise. Take care of yourself first and foremost.

A diagnosis of Alzheimer’s is never easy. It will change your life, but early diagnosis can improve treatment odds. If you notice symptoms, please talk to your doctor. Seeing a specialist (a neurologist, psychiatrist or psychologist) can help with the diagnosis and treatment. After that first step of talking to your doctor, there are many resources available for Alzheimer’s. Here are just a few:

Your local chapter of Alzheimer’s Association offers free consultation after diagnosis. They have a wealth of information on their website: education programs, support groups, caregiver tools and lists of clinical providers.
24/7 Helpline 1.800.272.3900

The National Institute on Aging

Starting this year, 2017, Medicare began paying for cognitive assessment and care planning services for those with Alzheimer’s and other dementia and cognitive impairments. There are also Medicare Special Needs Plans (SNPs) available. These plans specialize in care and coverage for those with dementia.

The State Health Insurance Assistance Program (SHIP) is a federally-funded grant program. Their mission is to empower, educate and assist Medicare-eligible individuals, their families and caregivers. They provide free, in depth one-to-one benefits counseling and assistance. 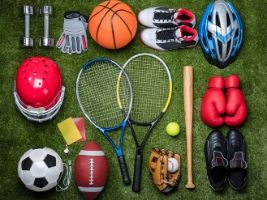 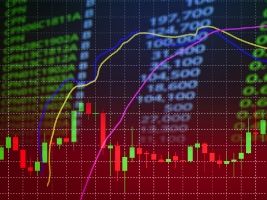 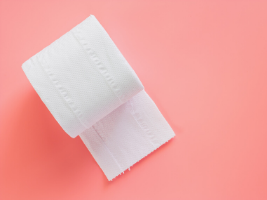