What Happens if the Debt Ceiling is Not Raised? 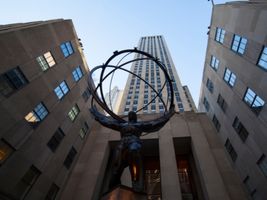 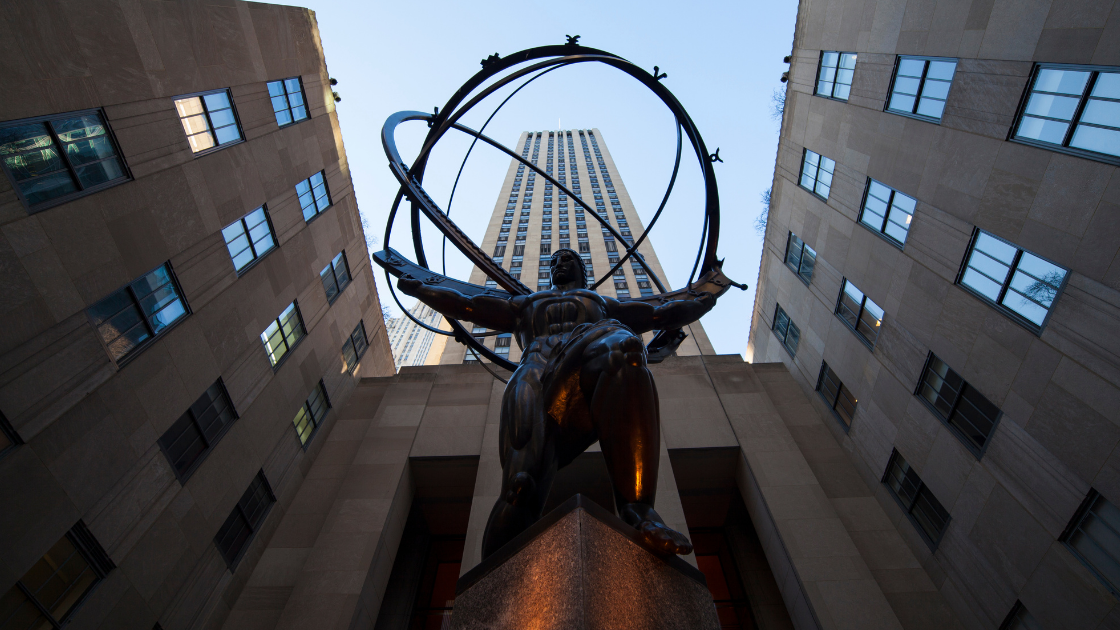 Currently Elon Musk, Technoking and CEO of Tesla, is the largest shareholder with 170,492,985 shares owned as of 12/31/2020. Yet Elon remains a "cash poor" billionaire. Nearly all of Elon's money is in his businesses - Tesla, SpaceX, Boring Company, and Neuralink.

Why doesn’t Elon Musk have cash? Doesn’t Musk have a multi million-dollar salary like all other CEOs? Elon wanted to align his incentives with his employees and shareholders. What many may not know is Tesla gives stock options to all employees when they join the company, even down to the factory line worker, or the mobile repair technician. Elon decided to get paid in stock options and wanted to receive zero salary, but Musk must be paid the minimum wage which is mandated by California state law.

So what money does Elon live off of to afford his relatively meager lifestyle? Elon has pledged 92,331,125 million of his Tesla shares as collateral to several banks and has borrowed over one hundred million dollars (some he invested). Elon does love to have extravagant birthday fantasy parties, so he just borrows the money for the parties. Sounds risky, but it isn't.

These shares that the banks are holding against his loans are now worth over 92 billion dollars. According to rules of the Tesla Board of Directors, Elon can at most borrow 25% of the value of his pledged shares. Even if Elon has borrowed 700 million dollars, that means he has "only" borrowed 1% against the value of his Tesla stock.

At any time, Elon could sell some of his stock and pay off his loans if he wanted to. But as Mr. Musk likes to remind the shareholders, he was the first one to put (major) dollars into Tesla, and he plans to be the last to take money out of Tesla. This doesn't mean Musk will never sell his Tesla stock.

A tricky tax situation is forcing Elon to either take on a massive debt of billions of dollars or sell shares of his stock. On August 13th, 2012, Tesla gave Elon Musk an executive pay package heavily skewed towards Tesla stock options. If Tesla grew significantly in stock market value while growing Model 3 and Model S sales, then Elon would be awarded more shares through stock options that expire 8/13/2022. A full ten years later...

I discussed this situation with Dave Lee on his YouTube channel “Dave Lee on Investing.” Free feel to watch and come back to read the rest of the article for additional thoughts and Q&A.

That brings us to today. Elon has been able to match nine market value milestones with nine operational milestones from the 2012 package. These milestones grant Musk the option to buy 22,862,050 shares at $6.24 each. At the time of update, Tesla stock trades at over 1,006 dollars per share. Elon will be motivated to exercise these options before they expire. What does it mean for Musk's taxes?

Stock options given as an employee incentive are taxed at ordinary income rates on the difference between the current market value of the stock $1,006 and the strike price $6.24.This tax occurs when the employee incentive stock options are exercised and is unavoidable. Employee options are different from options that trade on the market. Employee options are neither tradeable nor transferrable prior to exercise. Elon Musk cannot transfer these options to a charity prior to exercise.

Employee options are not taxed as a capital gain, they are a benefit of employment—not an investment. As an illustration: For each share exercised, Elon will owe income tax on the $1000 gain. 37% goes to the US Federal Government and 13.3% goes to the state of California. Elon cited a 53% tax rate in his recent Code Con interview with Kara Swisher. To get to 53%, Musk is likely adding the Affordable Care Act 3.8% Tax Surcharge on individuals with more than $200,000 in income.

Can Elon use his other shares to pay long-term gains tax instead of paying ordinary income tax? No, this would just cause further tax, and Elon Musk confirmed this on Twitter. 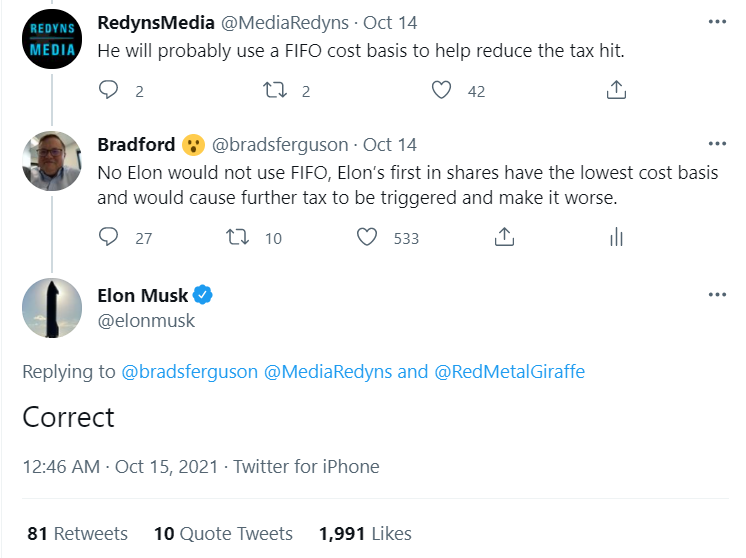 Could Elon just decide to not exercise the options so he doesn’t have to pay all the tax? Yes, it’s true that options give you the right—but not the obligation to—buy the stock at a certain price. Mr Musk technically does have that option… but if he did that, Elon would be giving up on billions of dollars of stock that he would still be left with after taxes.

This gives Elon an awkward decision. He wants to be the "first one in, and the last one out" with his investment in Tesla. But Musk doesn't have the $143 million cash to exercise the options and get the shares, nor does Musk have the $12 BILLION cash to pay the taxes to the US and California. He can potentially borrow over $23 billion against the 92 million shares he has already pledged to bankers.

Elon could borrow the $143 million and the $12 billion to exercise the options and to pay the tax. But things get strange really fast. At a 2% interest rate on margin borrowing, Elon would owe $180 million per year in interest. If you're familiar with margin borrowing, you might say "Elon can get 1% on his margin loan, because that's what I'm getting on my account." However, you aren't borrowing ten billion dollars.

Perhaps Musk gets a beneficial margin borrowing rate and pays nothing in margin interest. He still may not be comfortable with such debt. Elon is already "all in" on his investments, he owns little else beyond a few Teslas and a house worth less than $100,000 in Texas. He has plenty of stress pushing his companies to make fantastic technological breakthroughs. He doesn't need more stress by having ten billion in debt.

There is one way Elon could cancel some of the tax, but it would cost him more shares. Musk could potentially offset some of the tax with a charitable donation. Elon could donate shares he has held for a long time (not new shares) to his private foundation. This donation would be limited to 30% of his adjusted gross income. This would offset 30% of the tax. If he gave to different structures, he could donate up to 60% of his adjusted gross income depending on the structure of the foundation or charity.

At times, it can seem as if Elon Musk is this great Atlasian figure--trying to hold up the entire world on his broad shoulders and solving impossible problems with his genius mind. Though it is possible the futures of Tesla and SpaceX are inevitable, it may be too much pressure to bear. Elon is not a robot. He's human just like you and me.

Money is an emotional, taboo, and complex topic. Musk doesn't need more things to worry about. The easiest path for Elon may be to use a "cashless" exercise where shares are sold to pay for both the exercise itself and to pay the massive taxes. This may mean that Elon is forced by the taxman to sell roughly 12,300,000 shares between now and when the options expire on August 13th, 2022.

This may cause pressure to the share price if/when this happens. As CEO of Tesla and an insider, Elon likely has a seven-week window after each earnings announcement. (source: @garyblack00 on Twitter). Musk may want to sell all the shares on one day to get it “over and done with,” so the media cannot harp on him every time he sells stock—just like the media does every time ARK Invest trims Tesla in one of their ETFs.

Because these shares would be new shares to the stock market, the share price may decline until sufficient buyers are found for the stock. Elon may make an agreement with brokers to sell all the stock at an agreed-to price. Or Elon may wish to soften the blow of the shares by stretching the sales over a number of days. However, but this would give hedge funds and traders a longer period of time to “front run” Elon’s sales and push the stock down “ahead of Elon.”

The media will throw a fit that "Elon is selling Tesla stock." But again, essentially he is forced to do so.

For other shareholders, Elon's dilemma has very little to do with Tesla as a business. Tesla does get the $143 million cash that is paid to exercise the shares. Tesla has also turned a corner financially and has strong positive cash flows and is now profitable. What the stock does on a day-to-day basis doesn't really affect Tesla as a business anymore.

Looking out for you, Bradford Ferguson

Past performance is no assurance of future results. Halter Ferguson Financial, Inc. ("HFF") is a registered investment adviser with its principal place of business in the State of Indiana. A complete list of all recommendations will be provided if requested for the preceding period of not less than one year. It should not be assumed that recommendations made in the future will be profitable or will equal the performance of the securities in this list. Opinions expressed are those of Halter Ferguson Financial, Inc. and are subject to change, not guaranteed and should not be considered recommendations to buy or sell any security. 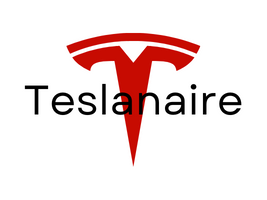 Inflation, CDs, Under a Mattress or Stock Market? 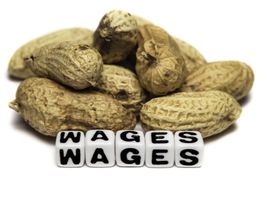 Talk to Your Children About a “Living Wage”